The fact that you are alive means you already are an incredible success. However, being human, you probably want to be even more successful.

I’m not Bill Gates or whoever, but thinking about how to get what I want, I’ve come to realise there are four decisions that you need to make in order to succeed. 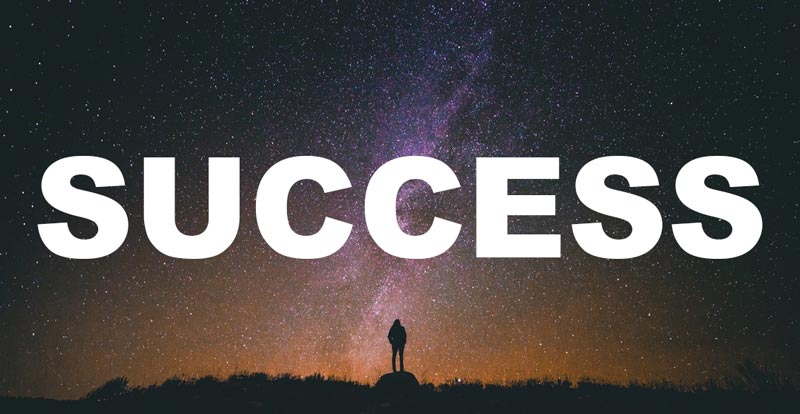 Seriously, choose something – one thing – not several things. Don’t kid yourself.

I used to give away an ebook called Curly’s Law about doing Just One Thing. The gist was that if you look at the most successful people they are very single-minded. They decided clearly what they wanted and then they bloody well went after it with a sort of mad, one-eyed monomania until the world eventually coughed up what they wanted.

I knew in my heart that this was the best advice, but I was faking it because actually I didn’t know what my one thing was at all.

Actually, I did when I was a boy: I wanted to be an author. Then as a teenager I wanted to be a rock star. That became my One Thing. And it was working brilliantly for a while, but in my mid-twenties, right when my my music career was taking off in a big way, I decided I also wanted to become a writer. And a hospitality entrepreneur. And a…

At that point my career took a dive into a wishy-washy sea of mediocrity.

Truth was I was in a period of searching; I had not yet found the right One Thing for me.

Are you a “slashy”? You know, as in dancer/painter/wedding celebrant or whatever? If you are, I don’t mean to make you feel bad about yourself. Maybe that works for you. But for me, it just doesn’t. I hate it.

To me, no matter which way I strung them together, musician/writer/entrepreneur/web geek/personal development guru is not one thing. They are five things.

Which would be fine – except that I am not an A-type workaholic with boundless energy who can work 20 hours a day, seven days a week. Sorry, just can’t.

I am a finite bundle of resources and in every area of endevour there is so very much to do. There is no chance – zero, none, zip, nada – that I can become a rock star, a bestselling author, the founder of an amazing company, a highly useful coder and the next Tony Robbins all at the same time.

Sounds obvious yet that is precisely what I was trying to do for a long time. But no more.

2 – Decide what needs to be done to make it happen:

Research others who have made it happen. There are no doubt a lot of blogs and podcasts on the topic, no matter how obscure.

Thankfully, I finally broke through that nonsense and came out the other side. I finally resolved on what my One Thing is. And yes, I did have to make a conscious decision.

I decided that my one thing is to become a professional author.

That’s not five things. That’s not even two things. It’s one thing.

I am resolved now and I know I am on the right path. So I researched how it is done. You don’t need to reinvent the wheel. I have learned that the single most important thing for an aspiring author to do is (surprise, surprise) to get a few books out. So I am planning on publishing four books this year. I’ve also learned the importance of hiring good editors and cover designers.

3 – Decide if you’re prepared to pay the price:

Honestly assess whether you are prepared to do what it takes to make it happen.

Are you willing to just chase one rabbit? Also, are you are prepared to give up what you need to give up in order to get what you want? There will be something, even if it is just your predilection for sleeping in!

You are probably going to need to get out of your comfort zone. You’re going to need to learn and do things that make your life harder than just staying home to watch HBO shows. You may need to travel. To network. To speak in public. And you will surely need to work your little butt off.

Once you know what needs doing, you then have to seriously consider whether you are prepared to go through the pain that will accompany aspects of the job. I personally doubt that Mick Jagger wakes up every morning and jumps out of bed singing “Hooray! Another 5am flight!”, but he does it.

4 – Decide to start now, where you are, with what you have:

Plan, start, execute. Persist until it is done. There is so little to write about this point except for this one thing: stop making excuses and do what you can do, now.