I admit it, for a couple of months now, I have been procrastinating the hell out of finishing the re-worked edition of my Monkey Mind e-book. 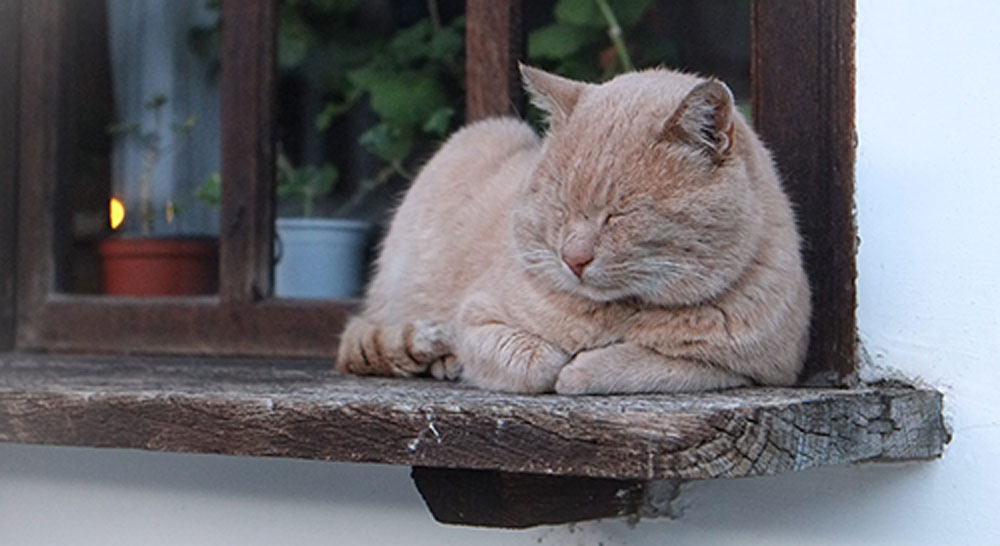 This is a picture of a cute cat because there seem to be many more pictures of cats on the Internet than of “self-loathing” per se and I just need to go do something else now.

And then all kinds of new shiny projects—inspiring, glistening, beckoning—arrived into my world. I found it all too easy to put off the final, boring grind that is finishing a book and publishing it.

Nobody starts writing a book because they want to spend their time learning (and re-learning once you’ve forgotten) how to format an e-book for publication to Amazon. Nobody becomes a writer because they want to fuss over comma placement or to finally understand the whole en/em dash palava.

SURELY I, THE GREAT ARTISTE, DO NOT HAVE TO BOTHER WITH SUCH THINGS!?!?

So I said “yes” to too many new projects, of exactly the type I have publicly announced previously that I would not be saying yes to anymore. I came out to my office to do the boring work that is completing a book and instead wrote new songs (fun!), a new introduction (fun!), this blog post (fun!) and read about three fifths of the entire Internet (fun! Especially waitbutwhy! … warning: do NOT click that or your productive life is over, forever.)

And then of course comes the guilt.

There’s a piece of paper on my wall listing the books I wanted to publish this year, and I am WOEFULLY behind. So I open up the thing and poke at the words like my five year old boy pokes at green vegetables and I re-realise that yes, I was right, I do hate my work and, by extension, myself.

Trust Children To Make You Realise You’re A Goddamn Hypocrite

Me and my Better Half are a bit Nazi with our kids and the whole technology thing; we just don’t think that letting the little ones get hooked on techno-stimulants is a great idea. But, being Incredibly Clever, my eldest, who is eight, has figured out a strategy to get her hands on my iPad. She’s identified our Achilles Heel: we get amped when they (the kids) get creative. Thus, she begs the shiny, shiny thing off me to make stop-motion movies and psychedelic music videos and generally make me feel like some kind of Luddite dinosaur who should probably just go stand in the back paddock and chew grass until I die.

Anyway, the other day she came up with this awesome stop-motion movie in which she did some very clever special effects, MacGyver-style, using some paper, sticky tape and a bit of string to make an explosion effect. OK, it wasn’t quite Hollywood pro-level, but it was pretty awesome. So, like any self-respecting Annoying Breeder, I posted it to Facebook and insisted that the people adore Her and Her Extraordinary Genius. Which they duly did.

Later, I was blithely messing her up for life by teaching her that we actually do measure our self-worth by things such as flattering Facebook comments and twee techno-insanity-that-wouldn’t-have-made-sense-to-anyone-fifteen-years-ago, such as “Likes”, when she said “Dad, why is everyone making such a fuss over this movie?”

“Because it’s awesome, that’s why,” I replied. “I mean just look at all these smiley emoticons!”

“Yeah but why is this one awesome? I’ve made heaps of movies,” she pressed, quite seriously, as I tried not to get distracted by some WRC rally car footage that Facebook was helpfully assisting my parenting skills with. “When I made it, I didn’t really think this one was all that special.”

“Ah,” I said, putting my iPad down, but not before furtively liking some barely remembered friend’s utterly boring post about their kid, just to be polite, “You see that’s the thing about making stuff. Sometimes we can’t really tell which thing we make is going to have more of an impact on others. Whether or not this matters is up to you, but regardless, when you put creative stuff out there, some stuff is going to tickle people’s fancy while some of it isn’t going to get such a big reaction.”

“Can we go to Inflatable World?” she sagely replied.

“Can I have some chocolate?”

“Can I have your iPad back then?”

“Nnnnnrrrrgh… OK fine. Just… stop…” I muttered, squeezing my temples with one hand while raising the other defensively as Child Number Two spotted his chance and moved in for the kill.

“DAD CAN WE BUILD AN EIFFEL TOWER IN THE BACK GARDEN WITH ALL THE WOOD I JUST RIPPED OFF THE OUTSIDE OF THE HOUSE?!?!”

Right … anyway … where was I … sure I had a train of thought at some point there … wait, let me go pretend I’m using the toilet so I can just think for ten seconds…

Oh yeah, that’s right … so later I was thinking about all this and how I was kind of a hypocrite for procrastinating so much after recently writing about how to finish what you start. I was doing at least one of the very things I’d preached against: I was letting my own doubts about the value of my creative work stop me from finishing it. Which is always stupid, but in this case, was actually doubly stupid because the rough version of this book has been available and getting downloaded like hot cakes since 2013.

And that’s all I’ve got to say really, just that we aren’t the judges of the value of our creative work, we can’t be, we’re not objective enough so we should just make it and then go eat some pie or something.

I mean, how many times have you read or heard a rock star say that they never thought that the one song that went bananas for them and made them world famous was the one that they thought was kind of piss-weak?*

*Yeah, I don’t know how many times either but I know it’s been more than one so that makes it science fact.

Facebook and Children Have Destroyed My Ability To Think, So Let’s Just Conclude Already

I quite literally have no idea how to wrap this post up and I really should be working to feed the little monsters, so let’s finish by saying that, thanks to my little cherub’s observation, I realised I just needed to stop over-thinking my own creative output, stop judging it, feel the self-loathing and do it anyway.

And seeing as I am possibly going to be writing more about how to better to be “a creative”, I just wanted to let you know that I am not some A-type freak who routinely poops masterpieces each morning right after my 5am workout and strict Paleo breakfast. Quite the opposite, I am a neurotic, lazy, inconsistent artist, prone to short bursts of hyper-activity offset by longer bouts of addiction, anxiety, depression and procrastination.

But that’s OK, it’s all a work in progress. Just unfurl yourself from the fetal position, and, when you can, sit up and get back to work. Eventually, you’ll get there.

As will I with this book. The one that I’ve just successfully avoided working on (by writing this blog post). Get back to you soon on that…