2017 has been a very creative year for me, I have made some great music – but surprisingly, my creative muscles have also been busy grinding away at odd topics like motorcycle repairs and other workaday concepts than I would not have anticipated being important to me. Strange, I know, but it has all been for  purpose and things are tracking well. But what have motorbike repairs got to do with anything? Allow me to explain… 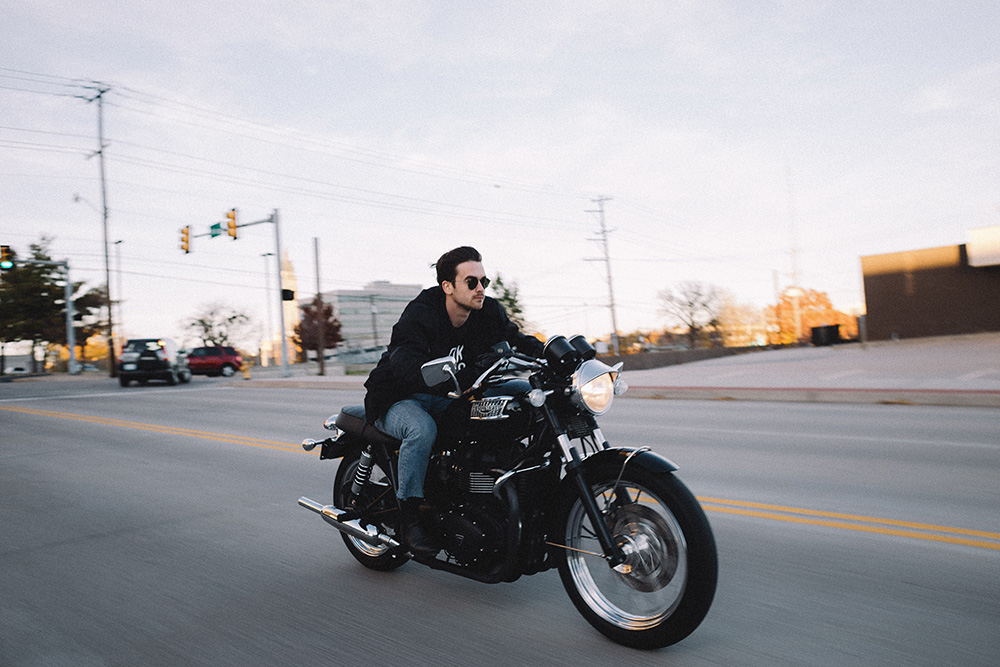 OK so … late last year I was having a lot of fun: I was fresh back from China, making music and pumping out blog posts here about how to unleash the creative beast within like there was no tomorrow – but there was an elephant in the room: I was going backwards financially. This would be bad enough if I was a single man but being the father of two awesome school-aged kids, it just wasn’t ok.

I mean, I wasn’t broke – yet – but I had been neglecting my bread and butter gig (digital marketing) chasing good times and the trajectory was clear: I was headed for Brokesville unless something happened quick!

Thankfully it did – and for the better. It started when I read a quote by Joanna Penn (from The Creative Penn podcast) that “business is creative”. This just resonated with me for some reason, I guess because I have long had a duel interest in these two subjects (creativity and business) but have often found myself believing that unfortunately, business is more about grinding it out like a robot to get that sweet cash than about being creative. I no longer think this is correct.

It got me thinking and I remembered a conversation I had been having with a colleague in the digital marketing space. You see, for a long time, I had found it very difficult to make good money being a digital marketing freelancer, but a very amiable fellow called David was explaining to me mid-late 2016 his business model for making better money out of ‘the game’. And it had really interested me at the time, but then I got distracted going to China and everything and it fell by the wayside.

So I gave David a call and he very generously explained his model to me and it was a revelation that really got my creative juices firing – AND promised to rectify the less-than-desirable trajectory I was on.

Long story short I got busy reimagining my own business, riffing and jamming off of the ideas David had presented me with. I rebranded the business and went out there and started hustling. And it worked! OK I am not a millionaire yet but it has been a good year and things are on the up and I have found the business very creative and rewarding to run – even if I have had to spend a lot of time thinking about things that I would not normally give a stuff about, like “motorbike repairs Melbourne” and other random topics like that (in order to help my digital marketing clients).

Meantime, have I been making music? Yes. Yes I have.

OK the music … the music … you see, the OTHER reason I flipped from last year’s focus on talking “about” creativity was because the more I looked at it the more I realised that the most important thing is the execution of creative work. Execution is everything. Actually doing the work is more powerful (and sometimes a lot less pleasant) than talking and writing and thinking about doing the work. So I decided I would not do any more blog posts until I had something to show, that I would stop waffling and execute.

And execute I did – I got the songs done for the chinese TV show (still waiting to see that come out of production yet, time will tell what the result is) and I have a new song which I’m stoked to present today.

Now, I say “got the songs done” like this was nothing but the truth is it was a big deal. It took a lot of time, frustration, hustle and a steep learning curve because I did not know how to record music myself nor did I have anything resembling a home studio.

My old laptop was not up to the task and I needed simple software to help me to the music rolling without having to spend massive amounts of time learning the hardest, most complicated software skills going.

So I hustled the money to buy a relatively inexpensive mac laptop (not a new one) and I set about learning the very basic (but surprisingly excellent Garageband application). Now the problem was still that I did not have the studio engineering know-how nor the production (mixdown) skills. So I had to badger my friends into helping me, while not really having much to offer them for their trouble other than production credits and a few beers.

But … we got the songs done – and dealt with the sometimes challenging aspect of doing creative music work and sending it off to the animation company only to have them come back with a bunch of reasonable (yet sometimes hard to comprehend) requests. In the end it took months – MONTHS – to get those two songs finished. But finished they eventually were. I personally was not 100% happy with them, but the client was and eventually you have to draw a line under your work once you reach the point of diminishing returns and ship the damn thing.

The cool thing was that along the way I started to get ideas for new songs (in fact I wrote many on my guitar as release from the frustration of tweaking the same two songs endlessly) and of course I learned some production skills and so, Chinese songs in the can, I began a new recording. This time I was able to complete the recording much more quickly. I still strong-armed a mate (thanks Tony) into helping me with the mixdown because I’m not really an audiophile as such. For me it is more about the song structure – the melody, the lyrics, the dynamic of the song journey, the mood and aesthetic – than about whether the mids are too muddy or the lows to brown or whatever. However, I do know that these skills are important to the end result, so I did get some help and then get the song mastered.

I am very happy with the result and now am happy to release it to you to listen to (see above).

THAT is why no blog posting for so long – because I did not want to come back to this blog about creative output without any new creative output to show. And it took WAY longer and was WAY harder than I anticipated. I am pretty sure that with the responsibilities of my adult life as a father with all that entails, I would not have finished any actual art if I had been using up what creative time I had available writing more guff about “how to be a more productive creative”. So maybe the lesson is – stop thinking, talking and writing so much about being creative and JUST DO IT.

Anyway … enjoy the song. I hope it helps you in some way somehow…