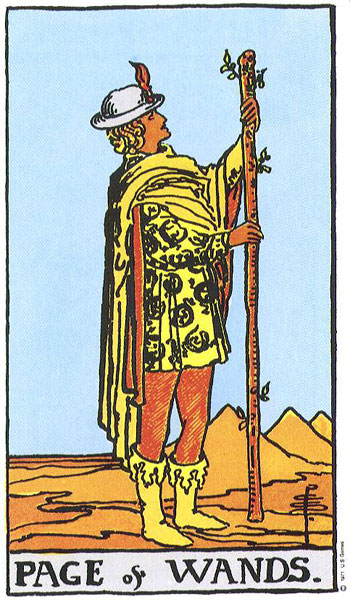 The trouble with being a Creative Genius (which I presume you are) is that you are also a fucking Puddyfuddler – as in somebody-who-puddyfuddles-around-a-lot-without-ever-really-kicking-arse-like-you-bloody-well-should.

You see, you love to think up awesome ideas. That’s what you’re good at. You love to imagine the previously unimagined. You are a conjuror of your own special brand of magic, and it’s a wonderful thing. It’s colourful. It’s spontaneous. It’s glorious, fabulous, wonderful, glamourous.

Oh yeah. Bummer about that.

Cue chronic puddyfuddling while the 99% hard slog goes begging and the 1% inspiration withers and dies on the vine from lack of loving attention.

I was just the same – the thing I love to do is to dream magic dreams, to create shiny, little fantasies in my mind, escapism at its best. The thing that shits me to tears is the stuff you have to do next. Formatting print-ready PDFs, for example. And running round town making shit happen. And making phone calls. And tweaking websites. Licking stamps. All of that.

But we cannot escape it, my dear Fabulous Ones, we must at some point confront reality if we expect the world to bow at our feet and worship us just like we know they Fucking. Well. Should.

Misadventures of an Ideas Slut

Many moons ago I had big fun writing a business plan to start a meditation teaching business. It was part of a government scheme to get slackers like me off our lazy butts and up doing something constructive.

I had a great time coming up with the concept of the business (although the nitty-gritty of the business plan nearly did my precious head in). And I had sweet, sweet creative fun designing the logo, making a website, writing all of the copy and creating the training programs. I also wholeheartedly dug throwing my first series of workshops.

But then I realised that running that business from then on, promising though it was, was going to involve a butt-load of repetition. Sure I might be able to come up with a new product or workshop once or twice a year but really I was going to be out there selling those things I had created, mouthing off the same words, dialling it in, over and over in order to earn my bread and butter (and, more importantly, beer).

Terrified at the thought, I abandoned my fledgling new enterprise in a well-considered nanosecond and spent the next 6 months writing a horror novel, which was freakin’ fun (and more conducive to drinking, which was of paramount importance at the time).

All very well, but the sad fact is, once I had finished the novel, even though I was genuinely getting some interest from a major publishing house, I soon moved on to the next thing. Faced with the unpublished author’s reality of submitting the novel, over and over, until somebody published it, I decided instead to go flouncing off like a flouncy thing. I think I fandangoed off to explore the sexy world of working for a magazine after that. Meanwhile, the manuscript that I had slaved away at daily for six months gathered dust in a draw somewhere.

I am not really sure why we creative geniuses do that. But we do.

And we need to stop it. It is one of the major reasons why we fail.

Truth is, if I had simply accepted that I was going to have to put in some hard slog, put up with some tedious repetition and persist through the desire to run off with the next pretty young idea that came my way, I would have been more likely to get somewhere, instead of sort-of-somewhere-but-nowhere-that-amazing.

Without these things, we creative people are dead in the water and doomed to wait on tables forever.

Heed my warning, fancy kidlets, and heed it fucking good because I have your number.

No I don’t have your actual phone number, but I know what you’re like. You’re just like I was; you’re brimming with Creative Genius but when it comes to actually making your real projects happen, you can’t see the woods for the trees. The word “plan” makes you dive for the drinks fridge and you’re idea of persistence is resolving year in, year out to actually do something awesome with your talents … one day.

Like I said, you are a Creative Genius, but you are also a Puddyfuddler.

But that’s OK, because as of 2013, my new mission, and the official whole new point of Rebel Zen, is to inspire and help Creative Geniuses like you to do your funky thang, no matter what.