If you are suffering from “creative blocks”, finding it hard to “just do it”, or if you find yourself getting anxious about your creative output, then it is possible there are fear-based issues underlying your situation. In the following article I review how I self-analyzed my own creative block around resuming drawing, a creative pastime I had so loved as a child, after a twenty-five year break. 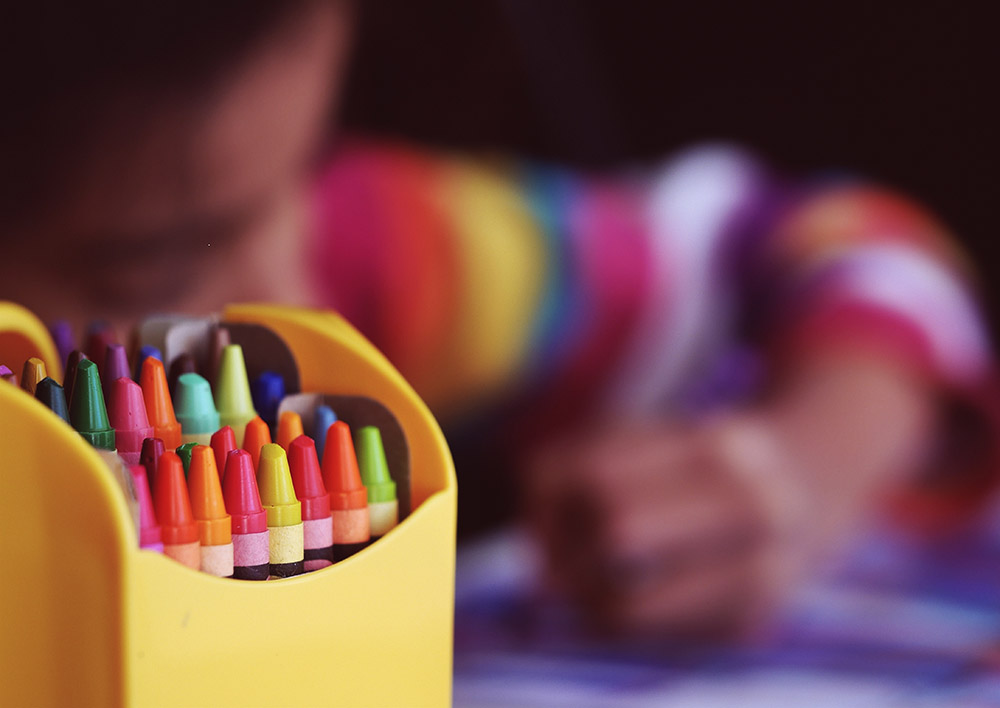 Recently, I popped-quizzed my blog readers and Facebook friends, asking: “What would you describe as your biggest challenge in the area of creativity in your life?”

The responses boiled down to the following essentials:

All of these issues are real and deserving of empathy and closer attention, but as I thought about it all, I had to wonder whether underlying these creative blocks, there wasn’t a single deeper issue: fear.

I’m not stating this as fact, just “wondering out loud” if all of the “blocks” above are actually factors that we latch on to and inflate in importance in order to avoid actually creating because, somewhere deep inside, we are kind of scared.

After many years of enthusiastically producing musical and written creative output, I had a very strange experience the other day when I decided to get back into drawing for the first time in twenty-five years. I found I became surprisingly anxious and fearful about it.

I had been thinking a lot lately about creatives and their various blocks and my first instinct was to try and solve it for people with a “just do it” approach. But then my mind turned to considering the way I have not been doing any drawing or painting for so many years even though I think about wanting to on a regular basis.

So, summoning up my usual ‘Action Stations’ attitude, I decided to ‘just get back on the horse’ and do it. What a great idea: I’ll get back into drawing. Not for anyone else to see, just a nice, relaxing thing to do in the evening. Yes!

But then … I just did nothing about it.

No, it was something else… what was it?

I couldn’t put my finger on it, except that every time I thought about “just doing it”, I became uneasy and mentally changed the channel.

Eventually, I decided that it was just lack of confidence. It’s been twenty-five years since I was regularly involved in the visual arts and while I had been a very confident illustrator as a kid, I was disconnected from the process.

“It’ll come back—and you have permission to suck anyway,” I told myself.

Taking a deep breathe, I eventually did begin. I sat on the couch and looked around me. “What the hell to even draw? I don’t actually like still-life drawings, I like ‘proper’ illustrations.”

But sketching things that are in front of you is “like doing scales for artists”, I reminded myself, echoing what my partner had told me recently. So I began sketching a lamp across the room that was throwing some interesting shadows around.

At first, I could feel my breathing was shallow and I felt all at sea. But I soon got into it. Doing my best to ignore my Monkey Mind, who was doing his best to put me off (he hates this kind of experimentation, too risky), I soon found myself enjoying it.

After half an hour, I came to a point where I felt that the drawing was finished, so I stopped. It wasn’t a great drawing (I knew it wasn’t going to be) but it also wasn’t terrible. It just was what it was: A sketch of a lamp, by a rusty hand-eye combination.

Drawing from the Sub-conscious

Feeling a bit better about the whole thing, I spontaneously flipped over to a second page in the notebook and started to just doodle, drawing whatever happened. I told myself not to worry about how it looked, not to judge it, just let it flow.

I drew a rudimentary cartoon llama. It was wearing a wide-brimmed hat and standing on a cliff looking out. On the rim of his hat squatted a tiny man, also looking out.

What are they looking at? I wondered. My hand soon revealed that they were contemplating a floating pig’s head balloon, grinning lifelessly in the air. In the background sprung up a city with many cars. The city was in a glass dome/bubble, separated from the environment around it. It had only one road winding out of it towards the foreground, like an umbilical cord, cars scooting along it away from the city.

I must tell you, it sounds way better in the written word than it looked on paper. My illustrative abilities haven’t moved on from where they were in my childhood!

Anyway, I would love to wrap up this story by saying something trite about how it felt so good to have gotten back on the horse and begun drawing again, but this is where things get a wee bit psychologically interesting.

You see, when I was drawing the above scene from my imagination, I became more and more uneasy as I drew. I began having tense thoughts about what people would think of me for drawing such weirdness. About how they would judge me. God, they might even get angry at me!

I stopped and checked in with myself. I was anxious. It was so strange and a bit silly.

Thinking about it over the next couple of days, my feelings associated with the drawings began to make some sense to me. You see, when I was a kid and a teenager, as well as writing and making music, I was also a pretty confident and enthusiastic visual artist. I don’t mean to suggest I was a child prodigy but I enjoyed it.

I studied art throughout high school. At the time I had a girlfriend. She was also an artiste and we would sit together in art class. The teacher, I recall, was going through a divorce and would quietly make bitter comments about our “puppy love” and toward males in general. (Disclaimer: I am ‘remembering’ this through the misty veils of time so it may be partially inaccurate and/or coloured by my own interpretation of events.)

One thing was for sure, the teacher didn’t think much of my artistic abilities, while (rightfully) praising my girlfriend’s skills.

So that I would pass, she made me change my major art piece in a way that I hated. Now, maybe she just wanted me to meet the requirements of the syllabus, but seriously, it felt like a knife through my artistic heart at the time. I was annoyed and hurt. But I did pass, and my girlfriend and I applied to both of the two art schools in Adelaide where we lived.

Said girlfriend was accepted into both.

I, however, received no offer from either.

And that was that.

I just stopped drawing and painting. Right there and then.

I read recently in “The Artist’s Way” that the artist in us is a child. And like a child, it is very vulnerable. It can be scary to put your artistic expression out there because you are shining a light on the world within.

It opens you to the judgment of others and when you get negative (and potentially unfair) feedback, the artist-child inside does not necessarily have the skills to cope. Instead it may feel the pain of rejection very sharply and may just retreat back into the shadows to protect itself.

To Be An Artist Is To Feel Vulnerable

Now, I am not a psychologist, but I think this is what happened to me back when I was in my late teens and I think that what happened when I began drawing the other night was related to that.

My first thoughts about wanting to begin drawing again stirred up feeling of vulnerability, which lead to avoidance (procrastination). Then when I started by simply sketching a lamp, it was a little nerve wracking at first, but not too bad. After all, I was “just doing scales”.

However, when I spontaneously leaped to sketching something artistic, allowing sub-conscious reflections to emerge onto the page, my wounded artist-child felt vulnerable and anxiety gripped me.

Interesting how making music and writing does not stir up the same anxiety in me. I have my moments, sure, but the difference is that my visual artistic expression was judged harshly during a sensitive stage of my life (adolescence).

I think the visual artist in me withdrew to protect himself, and there he has stayed for twenty-five years, afraid, but all the while still longing to come out and play.

If you are procrastinating and finding it hard to “just do it”, or if you find yourself getting anxious about your creative output, perhaps there is some work to do nurturing that wounded artist-child within? I highly recommend getting your hands on a copy of “The Artist’s Way” if this blog post resonates with you. Alternatively, you might like to work with me directly.