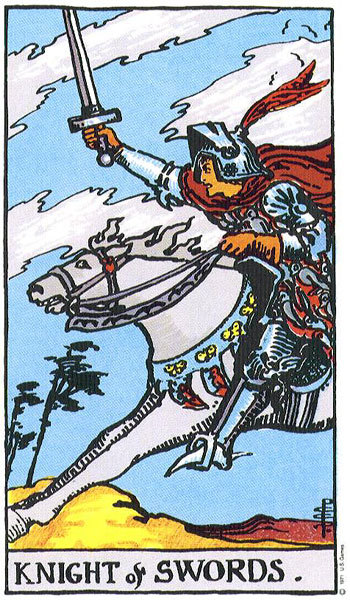 The other week I went on a quest. It was a spiritual quest guided not by logic of any real kind but by an odd spiritual hunch that going on the quest was going to prove something to the Universe and to myself. I had a very real feeling that the Great Spirits were urging me to go on this quest in order to prove to them that I was prepared to step out of my comfort zone in order to get what I want. It was like a test to earn their help. It was hard to understand why I had to do it and it is kind of hard to explain it now but I will try…

I got a phone call from a gig booker that I had heard from once or twice but never met asking me if I’d like to go and do a gig at the top of Mt Buller, which is a ski-resort mountain about 200ks east of Melbourne. It was November, so the resort was closed and the mountain free of snow, but there was to be a car rally up there that day and the organisers were after some entertainment before and after the race. When I got the phone call I summarily said yes (as I often do) without thinking about it too much. Apparently there was to be a decent crowd, the pay was ok, and it sounded like fun so I said “hells yeah”.

Life is busy these days and I didn’t devote much time to thinking about the gig until a couple of days beforehand, at which point I suddenly realised that I was looking at a full day away from home including 6 hours of driving minimum plus a day spent hanging around waiting for my gig at 4pm because I had to get up the mountain before the midday road closure (to accommodate the race).

I started asking around to see if any of my mates would like to come, a road trip to see a car rally in the mountains for free didn’t seem like a hard sell, but despite my pitching it wasn’t to be, nobody could make it, even those who said they’d like to.

Around about Thursday, before the Saturday in question, I started to feel the fear.

The things that were bugging me were:

You Don’t Something For Nothing, Hombre

However, I felt a very strong pull to do the gig. I had been doing a lot of intention work, visualising what I want, doing affirmations stating clearly what I want and writing these goals down too. And one of the things I had been asking for (demanding!) was more and better gigs.

I really felt this was a test by the Universe of the seriousness of my intent. I felt like the Universe was telling me: “You don’t get something for nothing, and if you won’t do a simple thing like drive to a decently paid gig that was just popped into your lap, then maybe you don’t want those awesome gigs you’ve been demanding as badly as you think you do”.

On top of all this, I was quite sick with an illness that had kept me housebound for weeks. While the debilitating symptoms were on the wane, they tended to get worse when I was at all stressed and whenever I had to rush off somewhere in the morning. So there was a very real chance that on the morning of the gig, with its pressure to drive 200+ miles before midday, I was going to be so ill as to be laid up in bed for the first couple of hours of the day, throwing my schedule right of course and potentially forcing me to miss the gig.

I had recently been dipping into a classic book that I hadn’t come across for a while, Shakti Gawain’s “Creative Visualisation”, I decided that seeing as nothing much else (drugs mainly) were working very well to heal my symptoms, that I would do some positive visualisation / meditations seeing the day turn out just perfect. I spent half an hour on two occasions leading up to the gig running through the day going perfectly. I imagined clearly myself getting up in the morning and being pleased to note that my illness symptoms had disappeared. Then I imagined myself kissing the family goodbye and taking off in the car for a pleasant drive through the country (I do actually enjoy driving on the open road as long as there aren’t dangerous cliffs to my side) with no car troubles whatsoever.

I saw myself getting to the bottom of the mountain in plenty of time before the road closure and easily, calmly negotiating the windy mountains roads without incident. I then saw the gig going great guns in front of a sizeable, appreciative audience and then imagined the drive home going just as smoothly. I then visualised arriving home to find my wife in a fine mood and happy for me to have gone and done my thing. (let’s face it, probably the most important factor!)

This made me feel better, but then the night before I was feeling tentative about the gig again after being particularly unwell that day and my wife again told me strongly that she didn’t feel the gig was worth the inconvenience and effort. I didn’t say much, but I was wavering. She went to bed and I decided to pull a Tarot card to help me think:

Q: Why am I feeling so much internal and external resistance to doing this gig and road trip?
A: Seven of Wands

The picture tells a story of one man standing his ground and defending it passionately from a multi-pronged attack. It shows a brave man refusing to back down in the face of overwhelming opposition.

The interesting thing about this card for me was that it had come up for me in a very powerful and important multi-card reading I had done about “how to make my stated goals become reality”. In the progression of the reading the Seven of Wands had made a lot sense – you will encounter opposition and you will have to stand firm and refuse to back down.

So that’s what I did. I resolved to go through with the trip despite my wife’s well meaning misgivings and my own inner resistance.

But then, again, later that night, feeling very tired and low on energy, I wavered again. Maybe I should just be sensible and spend the day with the kids. It’s not like we were desperate for the money or anything.

I felt confused again, so what the hell, I drew another card:

Q. What should I do (not the most intelligent question to ask but I was tired and moody)
A. Knight of Swords

Only one word describes this card to me: Charge!

That was that then, now to hope that my illness symptoms magically cleared up in the morning, the car behaved itself, I didn’t get lost or stressed on the drive and the wife didn’t get too annoyed about being left alone with the kids for the 6th day in a row.

Well, miracle of miracles, in the morning my symptoms were completely, 100% gone. It was amazing.

The car went for 7 hours like a dream and I only got a little bit lost on the way home once but it didn’t really matter or stress me. The sun shone all day and I really enjoyed the open country roads and the amazing Alpine scenery. The mountain road was really, really steep and scary but I faced it and I survived. The gig itself was OK, not amazing but pleasant enough and I got paid no problem. And my darling wife was in great form when I got home.

So basically, my creative visualisations paid off to about 90% – the only small disappointment was that the crowd was pretty thin. But it wasn’t really about the actual gig to me, to me it was a quest to prove to the Universe that not only do I want the things I have stated clearly in my goals and affirmations, but I am also willing to do what it takes to receive them.
Like I said at the beginning, it is hard to describe the power of that day in words. It was a magical day for me, not in the trite sense of the word but in the powerful, I-am-a-damn-Wizard kind of way.

Something metaphysical shifted for me that day and I became more powerful, or at least more in touch with my power. I became more confident in my ability to make what I want reality in this world and in my life and as a result I know that I did not just climb a physical mountain that day, but I also empowered myself to climb my own personal mountain – that of my desires, my passions and my true life purpose.