Let’s not beat around the bush here: I hear voices.

So far in my life I have been visited by exactly one ghost once, which is a thing. But I also talk to and hear back from God on a regular basis (we’re good chums). And recently, as I was driving actually, I struck up a friendship with an alien who I’ve come to know as Grandmaster Mu, a being far wiser than I who has since appeared to help me out on more than one occasion. Notably, Mu showed me how I was afraid of my own power and helped me through that.

So yeah, I talk to ghosts, gods and greys – got a problem with that?

A Visit To Mr Ouchy

Let’s talk about Grandmaster Mu and how he helped me to become infinitely more awesome.

I went to get a massage, not something I do nearly often enough, from a guy in the suburbs that my partner refers to as Mr Ouchy. Now it is fact that my better half is way, way more pain tolerant than I am (she gives birth to children sans drugs, I lose my shit if I have a paper cut) so I was not volunteering to find out if Mr Ouchy lives up to his reputation but Better Half booked me in regardless so, somewhat reluctantly, I skulked off to get tortured.

I rock up to Ouchy’s place and he leads me into his fairly professional looking studio off his house. It is nicely set up inside and smells of the usual therapeutic massage oils and we discuss my needs.

(No, actually … not those kinds of needs! Not that there’s anything wrong with that.) 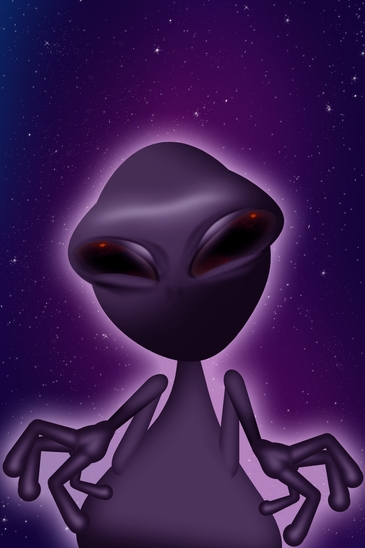 He gets to work on my shoulders and neck as I try to relax while waiting in fear for the pain to start. However he seems to be taking it easy on me so I chill out and listen to Mr Ouchy, who plainly likes the sound of his own voice. (Not that there’s anything wrong with that either.)

He begins to discuss the milder, more socially acceptable aspects of New Age stuff that he’s into, and as he figures out that I am pretty open minded about all things “woo-woo” he soon tells me all about how he does this kind of tribal meditation to some specific music (he put it on and I really wish I could remember what it was called because it was awesome). Apparently at these retreats they take some sort of naturally occurring, traditional psychedelic substance and go right out there until they commune with the Aliens.

As he is talking I note that his massage style is not so much centred on run-of-the-mill physiological techniques but rather he is doing odd hand manoeuvres around my skull that strike me as being pretty esoteric. He confirms as much and tells me he is working with my energy. I have no problem with this at all as his energy seems pretty swell and I am an old hand at all things New Age and get a lot out of it all.

So I go pretty deep into a meditative, enhanced state which I find very easy to do and listen as he tells me all about these amazing alien encounters. Apparently the aliens are totally wise and advanced and motivated to help we humans get our shit together if we get in the right space to connect with them. I am taking it all in with an open mind but with a good-natured, non-judgemental grain of salt.

Eventually the massage winds up and I am feeling pretty good. I pay the man and take off, still in an enhanced state but back-down-to-earth-enough to drive. Or so I thought.

Suddenly as I am meandering through the suburbs in my old banger I hear a voice, you know, in my head. I am also aware of the presence of … you guessed it  … aliens. Yep, greys like you see in the movies. There is a leader to the front and he speaks to me and simply says:

“You are afraid of your own power.”

I am kind of spun out by this (not in a bad way) and I don’t know how to answer. Also, I have to concentrate on driving. The aliens seem to know this and the Leader followed by telling me they’ll be back to work on me later.

That night I am lying in bed, ready to drop off to sleep, when they reappear. They tell me they are going to help me get over my “fear of my own power” by doing some adjustments. The Leader says it will take some time so I go to sleep and by morning they will be gone and it will be done.

I see the aliens coming closer and the Leader’s hand reach out to kind of twiddle about at my solar plexus level as if I had control dials there or something, and then I fall asleep.

In the morning when I wake up, there are no aliens to be found but I feel amazing. Slightly spun out, yes, but amazing.

Are You Afraid Of Your Own Power?

Since then, I have really had my mojo back in some serious ways. I used to get anxious about flying, now I am cool and the gang. I have no fear of my power to fly. I used to be really conflicted about my parallel desires to garner attention for my music and writing while safely flying under the radar. Now I have no fear of standing out in public and frankly, I have been charging at that radar head first Angry Bird-style ever since.

I also used to really fear coming out with admissions like this, about my “woo-woo” inclinations, but now I am not fussed about it and in fact I want to tell everyone about it. I used to be afraid of being bold with my desire to help people with their lives via this blog, my meditation ideas and knowledge and my “secret” Tarot card habit. No longer – this is part of who I am and it is my mission to help people in this way.

I also used to have some residual anxiety about the whole God Thing. It was difficult for me to reconcile my Christian upbringing with my later, frankly esoteric and free-minded thinking. No longer, now I know God is on my side, no matter what form he takes in my imagination.

I have since been visited at moments where I have doubted myself. I have come to know the leader alien as Grandmaster Mu, which is just a cool name I have wanted to use for something for a long time. He doesn’t mind what I call him. After all, as he says to me, he’s my alien, I can call him whatever I want.

It’s a pretty big universe, kids. Maybe even infinite. There’s no reason on Earth why you can’t call on the aliens too. Who knows, maybe they will help you to overcome the fear of your own power and help you to step up and into the light. I hope so.